It's here to make commuting a joy again. Not exactly what one thinks of when someone says commuter, but I kinda like it. Earlier reports had this bike weighing in over 16 pounds, but it appears that tales of its girth were exaggerated. Bike weight was originally calculated with the saddlebag bracket and water bottle cage-- how bush league!!! We are now comfortably under 16 pounds with grams to spare-- well, about 14 grams to spare!!! 15.97 pounds is the final verdict.
No name for her just yet, but standard issue name is the Giant TCR Advanced 2; Full Ultegra 6700, Ksyrium Elite Wheels, full specs here: http://www.giant-bicycles.com/en-US/bikes/model/tcr.advanced.2/3885/36661/

Check out the full frontal: 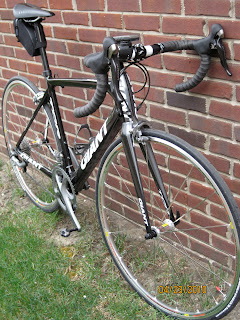 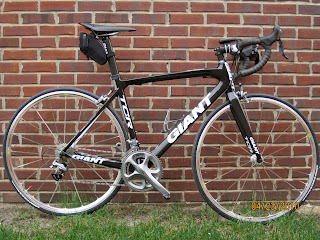 Black and white and grey and carbon goodness all over. 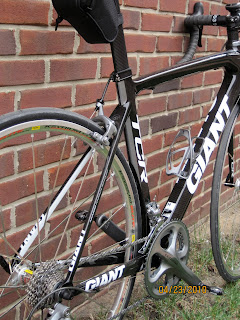 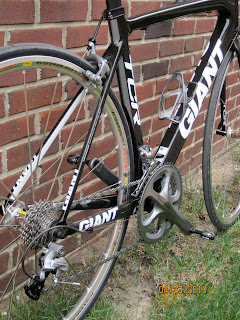 Check out how the seatpost is cut out for the wheel to slide underneath-- no fatties allowed here: 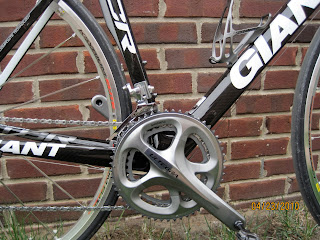 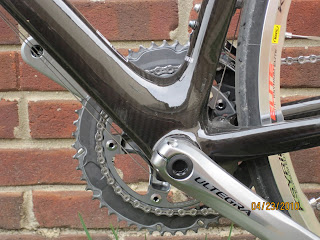 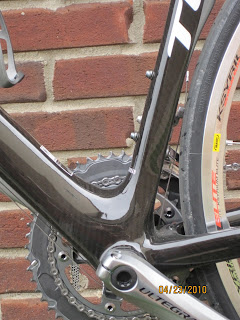 I had been riding an early 1990s vintage Pinarello Montello for the last couple of years. Classic steel and really a thing of beauty, thanks to a good friend at my office. Jeff lent the bike to me because it was his backup bike (he has a newer Pinarello Opera). A great bike to be sure, but I needed some newer tech-- Campy downtube shifters are beautiful, but not the most functional.

Can't contest with Dave's pictures but, Here are a few I took before and after the race. Great race guys. It's going to be a great season.
Posted by Just CallMe Wheeler at 8:13 PM No comments:

Just got back from Yankee, well worth the drive. It was good to see everyone and begin to building the race legs, and endurance. The trail was in great shape, lots of trouble to get in and sand, sand, sand. Lauren was my co-pilot on the ride there and back, so that was fun. She imposed a no burping rule while in the car. Consequences were an item of her choice at the gas station on the way home.........she got 5 candy bars. Racing Expert is a whole new ballgame, I felt like a moving pylon, and from the results you can see I was!

Below please find the GPS from my garmin for the ride, photos that Lauren & I took, and the race results. Next week is Pontiac Lake, and Fort Custer after that. Fun times.

Posted by Dave Smith at 6:07 PM No comments:

The latest addition to the team. It's a Giant TCX 1. In case you missed the about 20 labels on the bike. Which brings the total to two on the team. Can't wait to get it dirty.

Many thanks again to our sponsor KLM Bike and Fitness.
Posted by Just CallMe Wheeler at 6:48 PM No comments:

Bryan
Sent on the Sprint® Now Network from my BlackBerry®
Posted by Bryan at 10:05 PM 1 comment:

I though I would share my 2010 race weapon. It is a 2009 Giant Anthem X2. I want to thank KLM Bike & Fitness for helping make this new ride possible. 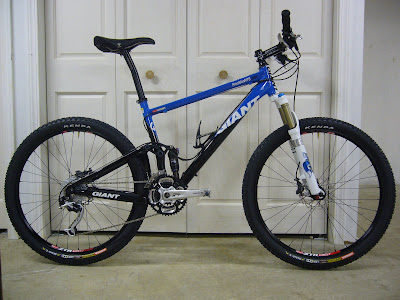 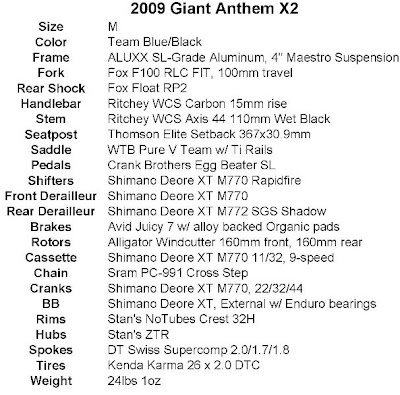 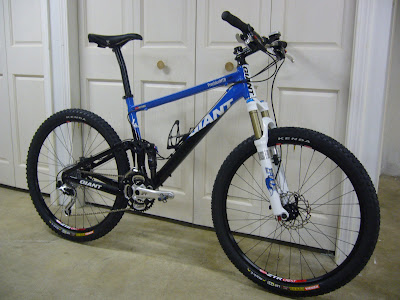 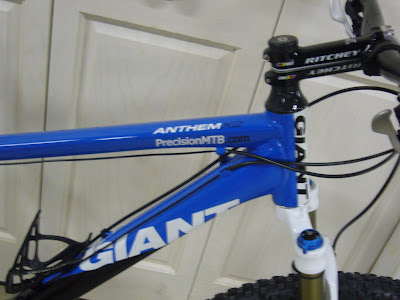 Look for the PrecisionMTB.com crew showing off their team colors on their bikes.

We would like to thank all of the staff at Stan's NoTubes for once again supporting the PrecisionMTB.com crew for the 2010 season. 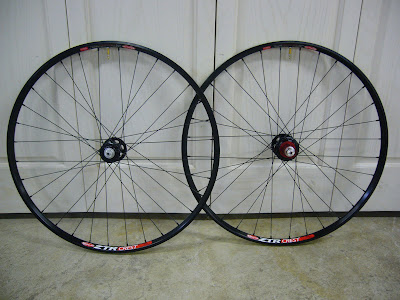 This wheel set was built with Stan's ZTR Crest Rims laced to their ZTR hubs with DT Swiss Super Comp spokes. The weight of this wheels set is quite amazing for the price. These came in a 1468g. Wheels come with the yellow tape and valve stem installed and ready to go. They also include a pair of Q/R skewers. 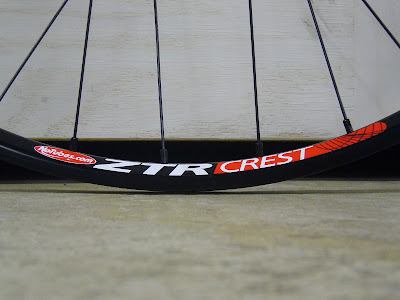 The rim used on this wheels set is the new Stan's ZTR Crest rim. This rim is a blend between the ZTR Race rim and the ZTR 355 rim. Thees rims are 559 x 21mm and have a published weight of 340g 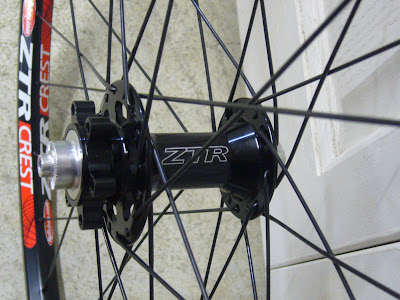 This front wheel was built with a 9mm Q/R Stan's ZTR hub. This wheel weighs 684g. These hubs have sealed cartridge bearings and are convertible to 15mm with a quick change of the silver end caps. 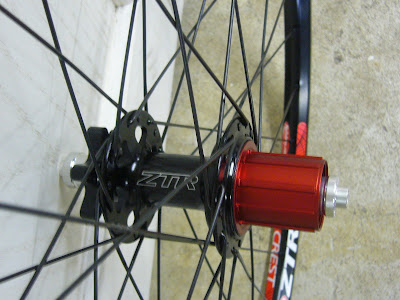 The rear wheel is also built with the Stan's ZTR hub. This wheel weighs 784g. This hub also has sealed cartridge bearings and features a 3 pawl 30 point engagement an alloy freehub body. This is a very nice hub in this price point. 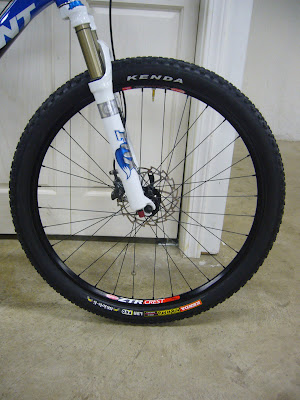 Here you will find that these wheels were wrapped with a new set of Kenda Karma 26 x 2.0 DTC tires. These tires were mounted tubeless with some Stan's sealant.

Posted by PrecisionMTB.com at 4:00 AM No comments: